The symbols of the Camino de Santiago and their meaning

El The Santiago Way It is not only a pilgrimage full of spirituality, sacrifice, experiences, contact with nature, knowing different places and also the opportunity to meet and share with different people who make the trip on foot or by bicycle. It is also a journey full of symbols, each one with its own special meaning.

The Cross of Santiago, the pilgrim's certificate, the Compostela, the staff or wooden stick, the yellow arrow, the Botafumeiro, the Holy Door and the tomb of Santiago Apostol are some of the most important symbols that the pilgrim must know in his tour, because you will have special contact with them. Some of them have a historical origin, while others have a metaphorical meaning.

However, the most important symbol to be aware of is the scallop shell or simply the “Scallop”. It is reflected in Codex Calixtino, a manuscript that compiles the five books of all the liturgical texts, the Jacobean traditions, the 22 most famous miracles of Santiago and the history of the pilgrimage carried out in France and Spain to reach Santiago between the XNUMXth and XNUMXth centuries, and it was what that was given to pilgrims as proof of having completed their journey.

The origin of tradition

There are many theories about the true origin of the scallop shell as a symbol of the Camino de Santiago. One of them indicates that the shell was used by pilgrims in ancient times to drink water from streams and springs.

In the Middle Ages, merchants emerged in the surroundings of the Cathedral of Santiago that, according to legend, they sold scallop shells to arriving pilgrims as souvenirs.

There is another story that shows that the body of the apostle Santiago was protected by these shells, after the ship where his remains were transferred was shipwrecked by a storm.

Others relate its origin to Venus, the goddess of love. This deity is associated with rebirth, resurrection and overcoming egos to advance to being a more humble person, which, in essence, is part of the transformation that pilgrims who make the Camino de Santiago seek.

One of the most famous miracles attributed to the apostle Santiago was when he cured a gentleman who suffered from a throat disease by covering it with several scallop shells. Word spread and people started using them in their homes and carrying them around.

The scallop and its meaning today

Although it is no longer the proof that indicates that the route of the Camino de Santiago has been completed, the scallop shell continues to accompany the pilgrims during their journey.

Today it is even used to collect water to drink from the springs and streams that are found along the way, as the legend tells that it was done in the past. For those who do the Camino Frances, the shell is used to drink the wine from the Irache fountain in the town of Estrella.

There are those who receive a shell when they buy a tourist package to do the Camino de Santiago, because it is part of the tradition to carry one during the trip.

Those who make the journey will find at numerous points along the route a yellow scallop shell painted on a blue background and even in relief, as an indicator for pilgrims to know which route they must follow to reach Santiago de Compostela.

Other symbols of the Camino de Santiago

The scallop shell is not the only emblem associated with this route. There are other symbols of the Camino de Santiago that are of great importance.

• The Cross of Santiago

It dates back to the times of the Crusades. It is a red Latin cross (for the blood of Jesus) and a white background (sign of purity), which represents the suffering of the apostle Santiago when he was beheaded.

It is a document where pilgrims can demonstrate that they have completed the entire Camino de Santiago.

It is the certificate that is given to pilgrims when they arrive in Santiago de Compostela, as proof that they made the trip.

It was tied to a wooden pole and was formerly used by pilgrims to carry water.

It is used to protect from sunlight.

It is a wooden cane used by pilgrims to relieve the impact of walking.

They are concrete blocks, identified with the scallop shell, which indicates the path to follow to Santiago de Compostela and the kilometers traveled.

In the 70s of the XNUMXth century, the priest Elías Valiña began to paint yellow arrows on milestones, wooden sticks, walls and rocks so that they could also serve as a guide for travelers.

A manuscript that we already mentioned in the third paragraph of this article.

• The Botafumeiro of Santiago de Compostela

It is one of the largest incense burners in the world and pilgrims can see it active on special dates such as the Day of the Apostle Santiago, the Day of the Assumption and Easter Sunday, among other important dates.

The year in which the day of Santiago (July 25) falls on a Sunday is very important for Christians and lovers of the Camino, so it is a time for the forgiveness of sins.

Located in the Cathedral of Santiago de Compostela, it only opens on the eve of the Holy Year (Jacobean year). Tradition indicates that believers, pilgrims and the curious who enter through this door can piously obtain plenary indulgences.

• The tomb of the apostle Santiago

Traditionally, once the Camino de Santiago has finished, the pilgrims arrive at the Cathedral of Santiago de Compostela and kneel to pray before the tomb where the remains of the apostle and two of his disciples rest.

They are milestones that end at the top in the shape of a cross. On one side is the figure of Christ crucified and on the opposite side is the image of the Virgin Mary. They are devotional items found along the journey.

All these symbols of the Camino de Santiago will bring the pilgrim much closer to the spiritual importance of this route. You can often do guided tours in Santiago that will tell you in detail many interesting stories about symbology and other related topics.

List of things to take during the Camino de Santiago

The Camino de Santiago on horseback, data to take into account 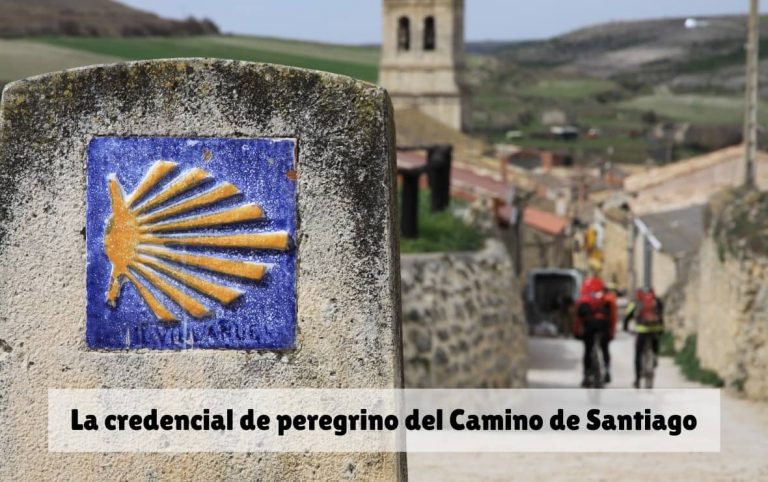 The pilgrim's credential for the Camino de Santiago 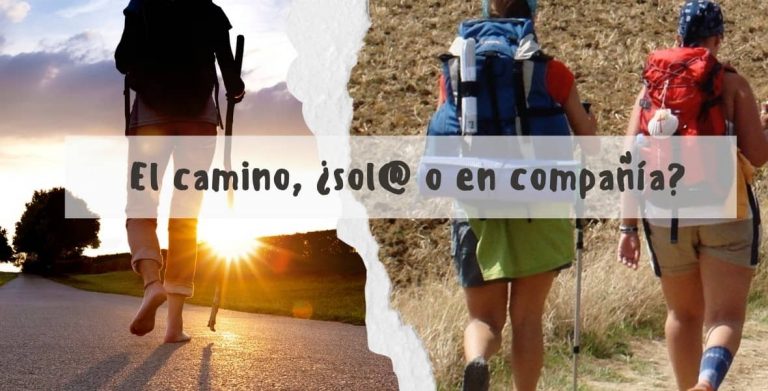 Do the Camino de Santiago, alone or accompanied? 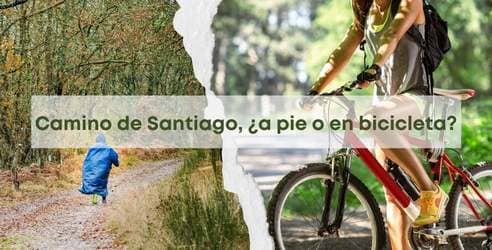 The Camino de Santiago: On foot or by bicycle? 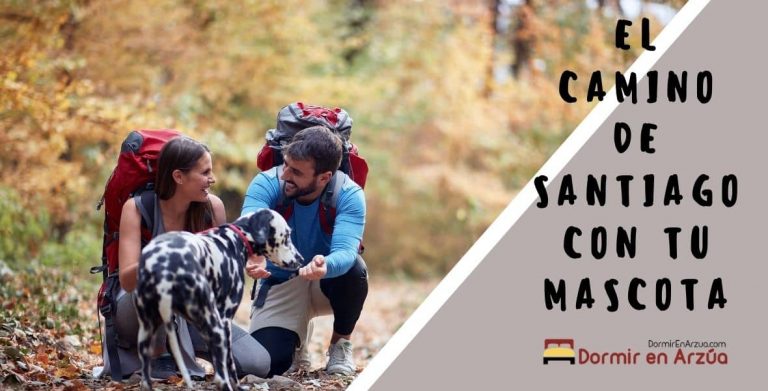 Tips for doing the Camino de Santiago with your pet

You are in: Sleep in Arzúa » The Santiago Way » The symbols of the Camino de Santiago and their meaning